Chefs and the tea maker 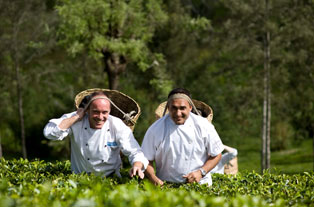 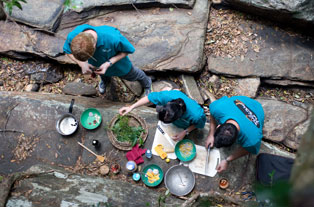 In celebration of the 21st anniversary of Dilmah in 2009, the family tea company launched an innovative programme that fulfils the objective of integrating tea, the 21st century beverage, into modern lifestyles.

The first Chefs and the Teamaker was held in 2008, when Sri Lankan born Australian Chef Peter Kuruvita gathered 8 celebrated Chefs from Australia to experience an adventurous culinary journey in Sri Lanka. Subsequently the second session of ‘The Chefs and the Tea Maker’ adventure took place in 2010, where Chefs from 12 different countries participated in this culinary expedition. The countries represented by the Chefs were, New Zealand, Australia, Belgium, Chile, Czech Republic, India, Indonesia, Lithuania, Maldives, Netherlands, Poland and Sri Lanka. 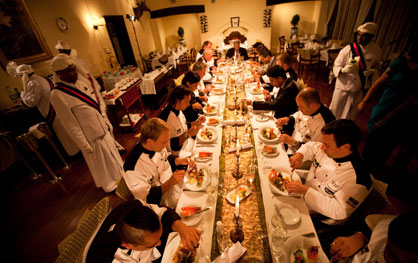 In early May 2014, ten, leading chefs from ten different countries travelled a third time to Sri Lanka to meet the teamaker Merrill J. Fernando and to explore the diversity and limitless possibilities of tea and its terroir; and, of course, to cook with tea using it as an ingredient. This is but just a beginning as they take their experience with tea back to the lands whence they came from to create something extraordinary using their talent and the surprising versatility of this simple herb.

These Chefs were inspired to create Tea infused food and beverage through an exciting culinary journey through out Sri Lanka, which ultimately resulted in an exquisite book of world class Tea infused recipes.

“Congratulations - I am very, very impressed by this green tea - if I tasted it blind, I would have thought it to be a top end Japanese green tea in the semi Gyokuro style! Wow!“

Edwin Soon: Oenologist and author of ‘The Dilmah Way of Tea’